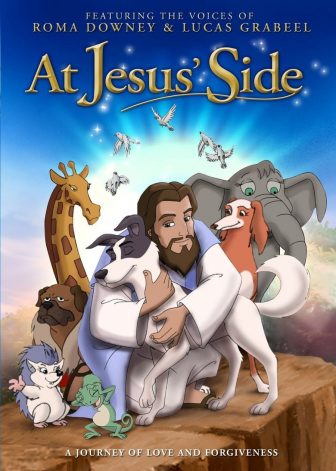 AT JESUS’ SIDE is an animated family feature about the last week of Jesus’ life through the Resurrection, as seen through the eyes of a little pack of outcast animals. Our hero, Jericho, is a vagabond street dog who befriends Jesus and follows him throughout the week. Jericho hates humans, so when Jesus is kind to him, it’s the biggest surprise of his life. We see him turn from fear and anger to love and grace when he learns how to forgive a man who hurt him in the past. After Jesus’ arrest at Gethsemane, Jericho rallies an epic charge of animal friends to try to save Jesus from his fate. Jericho’s grief at the Crucifixion becomes joyous celebration at witnessing the Resurrection, the greatest miracle of the Christian faith. No one was there to see it. So of course, the story has never been told.